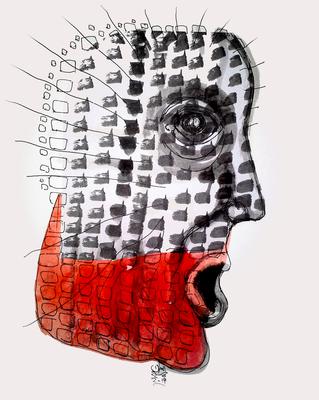 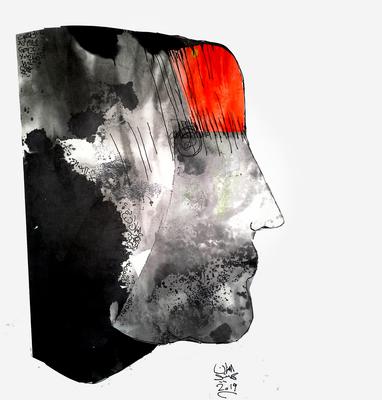 biography
Adnan Maetek was born in Libya in 1968. He studied industrial engineering at university and worked for a Libyan insurance company.

Self-taught as an artist, I mainly use watercolors and acrylics. His paintings are powerful and powerful with surrealistic images, abstraction and symbolism.

Maetek’s work has already been exhibited in Libya and abroad. In Tripoli, I participated in the Devilla Art Exhibition in 1998, the Bourge Art Exhibition in 2000, and the French Cultural Center in 2002.
He also participated in the Arab Maglev Exhibition at L’hay-les-Roses in France in 2009 and the African AFRICAM Exhibition at the Casoria Museum of Contemporary Art in Naples, Italy in 2009. The Almahar Art Festival in Tunisia in 2005, 2009 and 2017, the Cappadocia Art Camp in Turkey in 2010 and 2018, and the Liverpool Coast Workshop in 2007.

In addition to his work as an artist, Adnan is an art critic of two Arabic newspapers, Al-Quds al-Arabi, al-Arab, Al Tactually Al Arabi Magazine, Doha Magazine, Alsabah newspaper and the Libyan culture website Balad Al Thieob. Written as. She is an active blogger at the Arabian Mediterranean Art Foundation 2017. She, along with a group of artists, founded the Mediterranean Art Forum 2017 and joined the group of Arabic calligraphy Dawia at Tripoli 2018.